HomeNigerian Man cries out after he allegedly bought a refurbished iPhone on...
Featured 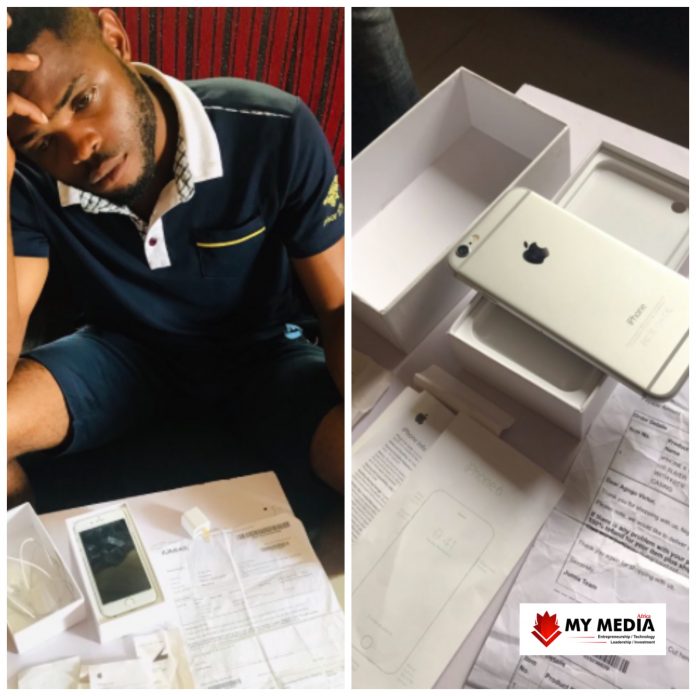 Nigerian man, Joshua Ekanem has been ranting on Twitter, dropping threads on how he bought a refurbished iPhone on Jumia online store.

According to the Fish farmer and undergraduate of University of Benin, he bought the phone for 75,0000 Naira but unknown to him it was a Refurbished Iphone 6 that was sent to him.

He also claimed that all efforts to solve the issue with Jumia has proved abortive. He wrote;

Been hearing of Jumai for couple of years now, so i decided to buy a Phone from them Only for me to use it for 2 months and find out that they sold to me a Refurbished IPhone 6. So sad 😭 I bought it New #75,000.

“My name is Joshua Ekanem, the phone i bought from Jumia on Jan 11 2019 after using for two months with some issues, like the phone getting too hot.

“I know so many people will laugh about this, but i am so depressed because i have saved for this phone after working hard.

“Why i came online is because I’ve been tackling this issue with jumia for over a 3 weeks and have not been getting a good response. I’m a fish farmer and also a student of the university of Benin.

“If Jumia has price tagged it 100k i could have saved for it. For me to recently find out that no new IPhone 6 in the market 😐

Share
Facebook
Twitter
Pinterest
WhatsApp
Previous articleNigerian billionaire, Ned Nwoko opens up on marriage with Actress Regina Daniels
Next article#MIFAbidjan: Dangote Reveals what he would’ve invested on if he was a young Entrepreneur & More with Mo Ibrahim
RELATED ARTICLES
Startups