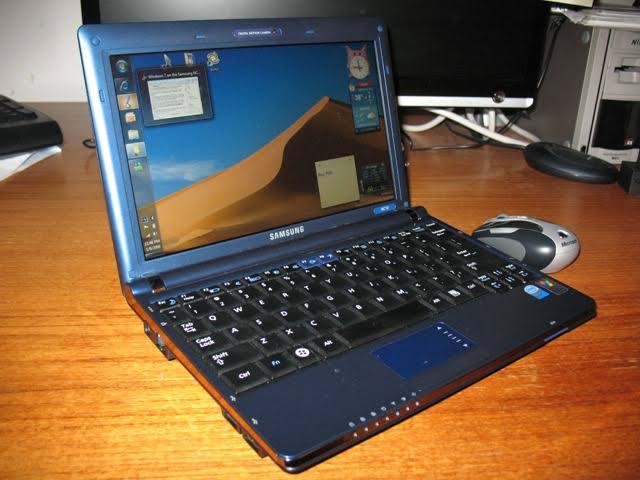 The old Smasung NC10 which is filled with some of the world’s most dangerous viruses and was recently sold for $1.35 million, Yahoo Finance reports.

Apparently, When laptops get infected with dangerous malware, otherwise known as virus, they are formatted to make them ‘clean’ and safe for daily operations. but the malware on the old Samsung NC10 refused to leave.

The laptop was part of the work of an internet artist, Guo o Do*g, which he titled The Persistence of Chaos, and was commissioned by Deep Instinct, a cybersecurity firm. The viruses on the sold laptop was said to have caused financial damages worth $95 billion dollars.

The computer is infected with the WannaCry ransomware which caused damages to over 200,000 computers in 150 countries and made them lose $4 billion as the United Kingdom’s National Health System also lost $100 million.

The Samsung device is also infected with BlackEnergy Trojan which was used to launch a cyberattack that caused a total blackout in Ukraine in December 2015.

Other malwares on the laptop like ILOVEYOU, MyDoom, SoBig, DarkTequila have caused monetary damages of $15 billion, $38 billion, $37 billion respectively.

Some of the malwares on the system were said to have stolen people’s bank details and company data even while their computer were offline. Guo said that the reason behind the laptop sale was “to make physical the abstract threats posed by the digital world.”

He added: “We have this fantasy that things that happen in computers can’t actually affect us, but this is absurd. Weaponized viruses that affect power grids or public infrastructure can cause direct harm.”

The conditions for the sale state that the owner of the system must disseminate the viruses. Also, the computer’s internet capabilities and ports will be disabled before it is shipped to the buyer.