The Onitsha seaport was on Tuesday commissioned after several years of construction works.

The declaration was made by Tolu Ogunlesi, the media aide to the president, in a series of tweets on his Twitter handle, @toluogunlesi.

“So someone just pointed out to me that on the Maersk website, Onitsha is now available as a port of final destination. A vessel departing Shanghai Oct 10 (this Sat) has Onitsha listed as the terminal port (arrival Dec 2, 2020).”

Ogunlesi added that container ships of Maersk were expected to berth in Onne from China where they will be offloaded and the containers bound for Onitsha will be barged down, therefore removing the need to call first in Lagos. 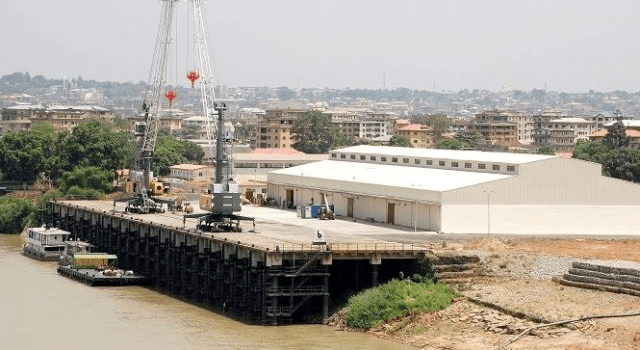 The Nigerian government under the administration of former President Goodluck Jonathan had committed more than N4.5 billion in reconstructing the abandoned port.

“The concession of the Onitsha River Port has started and we will be traveling to the Port of Antwerp for due diligence.

“Within my one year of stay, I want to make water transport the choicest transport in the country, and with the support of stakeholders, it can be achieved,” said George Moghalu, managing director National Inland Waterways Authority said.

“The concession is to reduce to the barest, Government’s involvement in the management of the ports,” he added.