Pfizer and BioNTech had announced that the first vaccine they developed against COVID-19 could prevent more than 90 percent of people from getting infected.

The vaccine has been tested on 43,500 people in six countries and no safety concerns have been raised. Pfizer was quoted as saying it would be able to supply 50 million doses by the end of 2020, and around 1.3 billion by the end of 2021.

But one of those leading the research at Pfizer for a COVID-19 vaccine in the US is Onyema Ogbuagu, a Nigerian-born researcher and medical doctor.

Ogbuagu is an associate professor of medicine in the clinician-educator track and director of the HIV clinical trials program of the Yale AIDS program at the Yale School of Medicine.

A SCHOLAR BORN OF TWO PROFESSORS 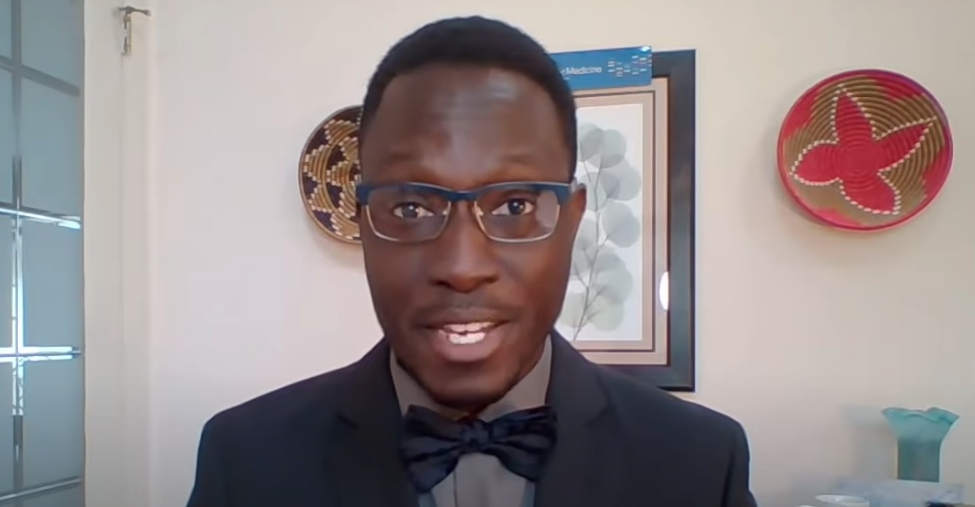 Ogbuagu is one of the twin sons of Chibuzo Ogbuagu, former vice-chancellor of Abia State University, and Stella Ogbuagu, a professor of sociology who was the best graduating student of the 1974 class at the University of Nigeria, Nsukka (UNN). His twin brother is an engineer.

His parents had them in New Haven, a city in Connecticut, which serves as home to the Ivy League Yale University in the US. The family returned to Nigeria where Ogbuagu studied medicine before returning to the US.

FROM CROSS RIVER TO EBONYI AND THE WORLD 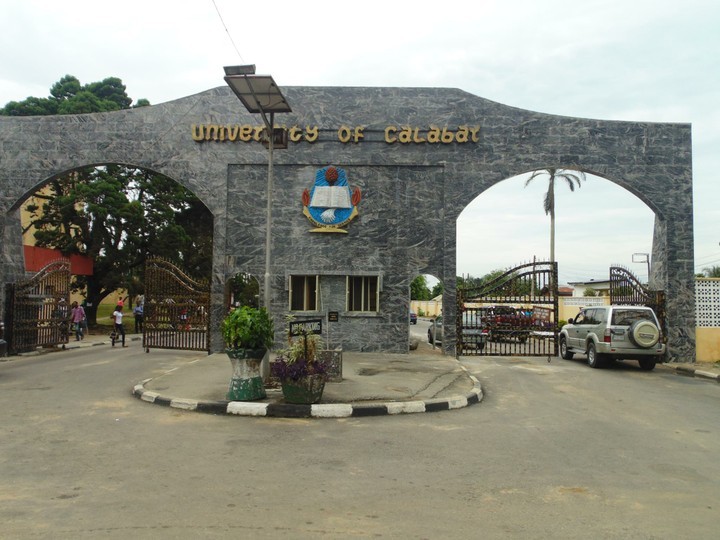 Entrance to University of Calabar

Ogbuagu studied medicine at the University of Calabar, Cross River state, in 2003. After graduation, he interned at the Ebonyi State University Teaching Hospital, Abakaliki, Nigeria.

He then proceeded to intern at Mount Sinai School of Medicine (Elmhurst), New York. He rose to become a chief resident at the same school after which he became a fellow of infectious diseases, Yale University School of Medicine, New Haven, Connecticut.

The Nigerian-born professor has led several types of research in the US and Africa. He has over six years of experience working as a faculty of the human resources for health program in Rwanda where he mentors medical residents and junior faculty in quality improvement and clinical research projects that are locally relevant and addressing important infectious diseases-related problems (particularly HIV/AIDS and antimicrobial resistance).

He became the program director of the World Bank and HRSA-funded efforts supporting the Liberia College of Physicians and Surgeons (LCPS)–run internal medicine residency training program, where he oversaw the selection and deployment of faculty to Liberia.

For five years, he has worked as director of the Yale HIV clinical trials program, and a principal investigator on numerous pharmacokinetic, phase 2 and 3 safety and efficacy trials of novel antiviral compounds.

MAN OF HONOURS AND AWARDS 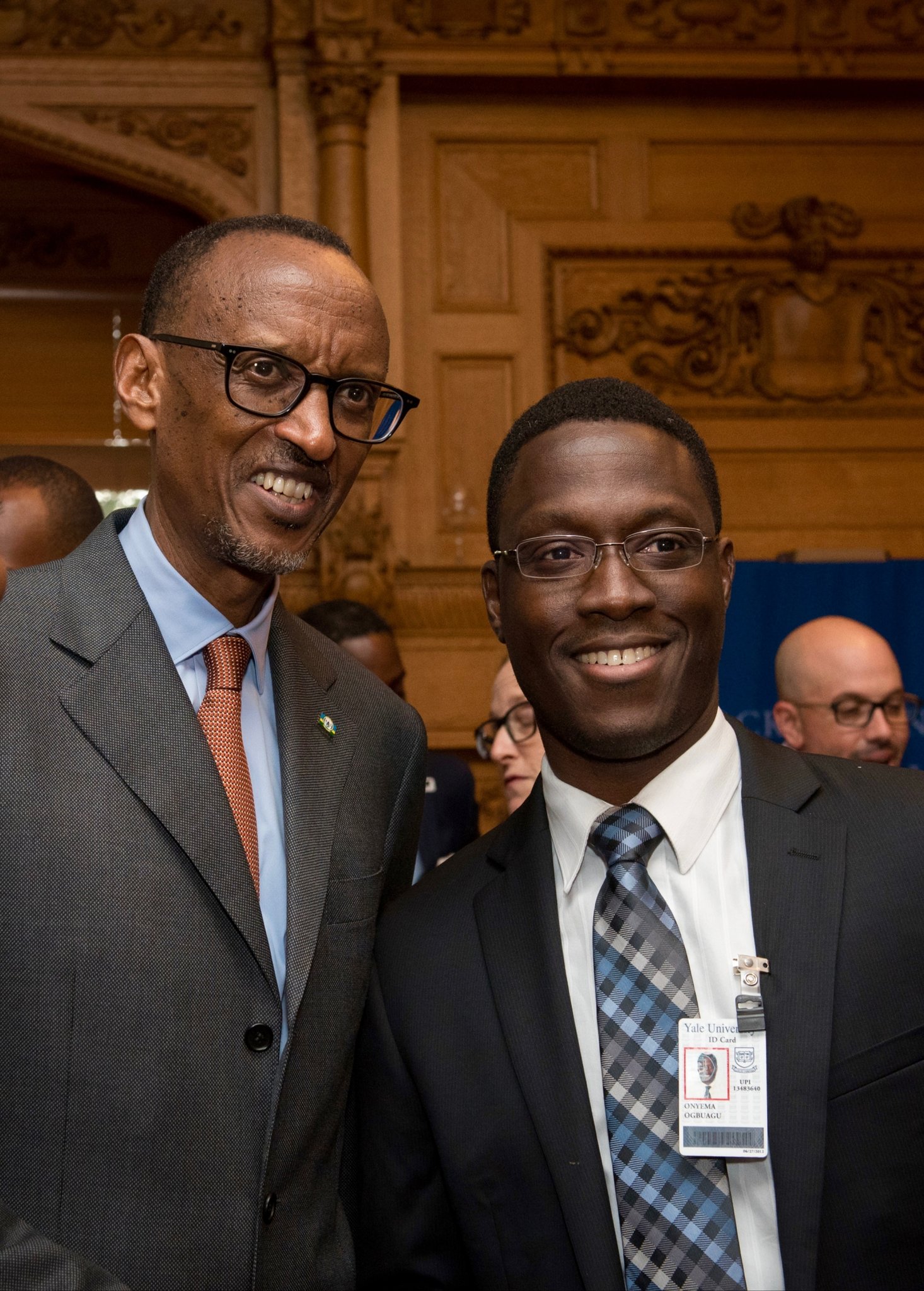 In 2015, Ogbuagu became a fellow at, American College of Physicians. In 2017, he was award nominee for the Charles W. Bohmfalk Award in Clinical Science, Yale University School of Medicine. In the same year, he won the Steve Huot Faculty Award for Dedication and Excellence, Yale University School of Medicine Internal Medicine Primary Care program.

In 2019, Ogbuagu was awarded the Gerald H. Friedland award for outstanding international research by and Connecticut Infectious Diseases Society. In 2020, he emerged as an award nominee, Charles W. Bohmfalk Award in Clinical Science, Yale University School of Medicine 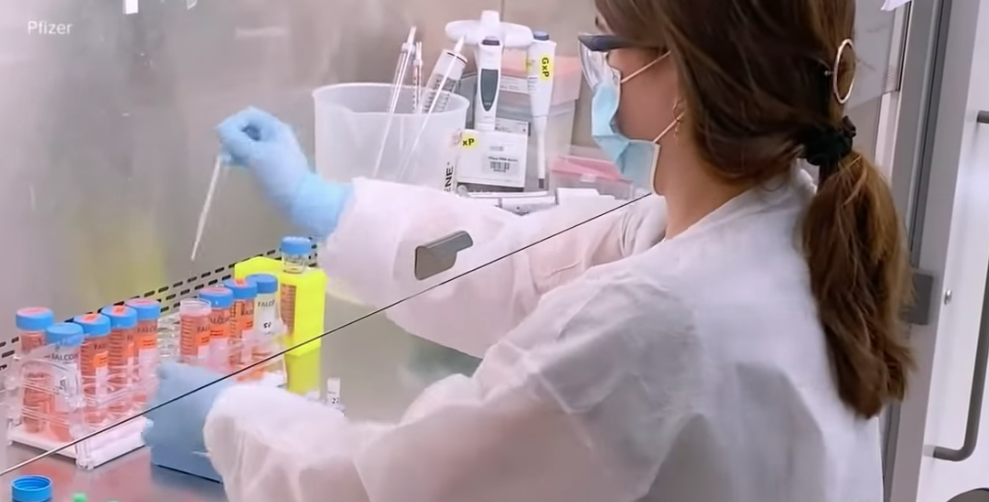 A lab scientist at a Pfizer facility conducting a test

Ogbuagu is one of the doctors leading the Pfizer trial. He is Yale’s principal investigator on multiple investigational therapeutic and preventative clinical trials for COVID-19, including remdesivir (now FDA approved), leronlimab and remdesivir, and tocilizumab combination therapy as well as the Pfizer/BioNTech vaccine trial.

Speaking on the 90 percent efficacy of the Pfizer vaccine, Ogbuagu said the drug will help people achieve immunity, and that it will be “the beginning of the end of the pandemic”.

In an interview with ABC News, he said efforts are being made to assure the public of the vaccine’s safety as due process is being followed despite the speed in rolling out the vaccines.

“The vaccine would help us achieve immunity. This could be the beginning of the end of the pandemic. Preparations are made both on the government end and the distribution network, including Pfizer who is working to have the vaccine stored at low temperature,” he said.

“While we have been celebrating a lot about having an effective vaccine and frankly we have run out of emojis. A lot of work really needs to be done to reassure the community and I hope I am doing that also which is why I am on the program.

“So we are telling the public that even though the vaccines have proceeded at an unprecedented phase, it is being done carefully, thoughtfully and with the right amount of oversight so that vaccines receive emergency use authorization by the FDA and it passes through all the safety check to show that the efficacy numbers are real and that should really assure the public.”