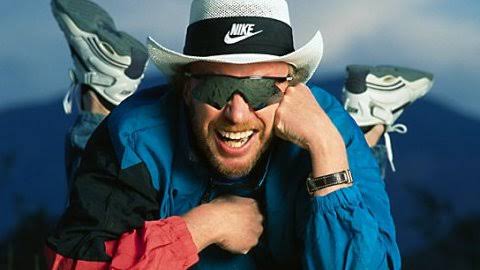 According to the thoughts of Swami Vivekananda regarding success “Take up one idea, make that one idea your life.

Think of it, dream of it, live on that idea. Let the brain, muscles, nerves, every part of your body be full of that idea, and just leave every other idea alone. This is the way to success.

This indeed the success story of Philip Hampson Knight also called Buck, the industrious co-founder of Nike who brought revolutionary changes in the sports shoe industry. An innovation that changed the face of the sport world.

Born on the 24th of February, 1938, the American business magnate and philanthropist is a graduate of the University of Oregon and Stanford Graduate School of Business. He ran track under coach Bill Bowerman at the University of Oregon, with whom he would co-founded Nike, the multi-billion dollar shoe and fitness company founded in 1972 and based in Beaverton, Ore.

Immediately after graduating from the University of Oregon, Knight enlisted in the army and served one year on active duty and seven years in the Army Reserve. He next enrolled at Stanford Graduate School of Business, where, for his small business class, Knight produced a paper, “Can Japanese Sports Shoes Do to German Sports Shoes What Japanese Cameras Did to German Cameras?,” that essentially premised his eventual foray into selling running shoes. He graduated with a master’s degree in business administration from Stanford in 1962.

Furthermore, since his youth days he has always been interested in entrepreneurship. Thus, he worked out his own business how to make profit: importing cheap but well-made running shoes from Japan. It was Japanese shoes company Tiger. Together with his coach they founded Blue Ribbon Sports, Inc. in 1962/1963. In 1963 he began selling track shoes out of the trunk of his car. From 1964 to 1972 Knight and his former track coach, Bill Bowerman, distributed Japanese-made running shoes in America and gradually laid the foundation for the Nike empire. The company was renamed Nike in 1972 after the Greek winged goddess of victory. To be more successive the company needed its own logo and slogan. They developed the “swoosh” logo that gained the attention of many, growing to become a classical trademark.

Conclusively, Knight is ranked by Forbes as the 26th richest person in the world, with an estimated net worth of US$31.8 billion. He is also the owner of the stop motion film production company Laika. As a widely recognised philanthropist, Knight has donated hundreds of millions of dollars to each of his alma maters, as well as Oregon Health & Science University. In total, he has donated over billions of dollars to the three institutions and other platforms.