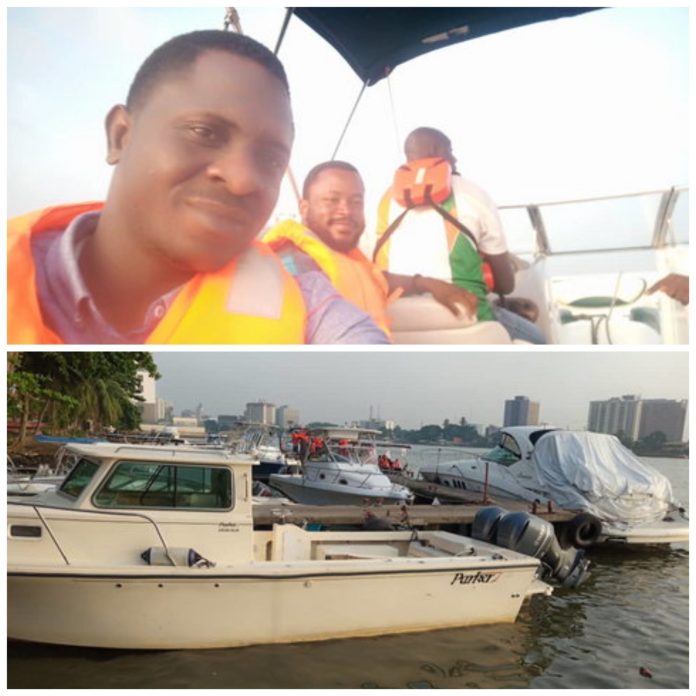 Gokada and Lagos Boats recently launched GBoat to exploits goldmine on Lagos Waterways and Business insider’s Aderemi Ojekunle revealed what he experienced as he took a ride in Lekki, Lagos from Pavillion Jetty to Paradise Jetty.

He added “I took a ride on GBoat from Pavillion Jetty in Lekki to Paradise Jetty to have a feel of the waterways transportation experience. Mymediaafrica.com reports.

If you stay in Lagos you will understand that Lagos residents face a transportation problem that either makes them late to office, miss great business opportunities or get to work already stressed out.

This mostly affects residents plying roads to the Island from Mainland every day.

To reduce the stress, Gokada has partnered with Lagos Boats to launch GBoat – a ferry transport service in one of Nigeria’s lucrative natural resources, Lagos waterways.

He also added “When I checked the GBoat website on Wednesday night, boats were scheduled to run via Lekki Pavilion Jetty through Admiralty waterways in Lekki to Victoria Island – Paradise Jetty on the Walter Carrington Crescent close to Onikan, Lagos Island.

“On Thursday I took a GBoat ride from Pavilion Jetty in Lekki to Paradise Jetty at Walter Carrington on the Island and, as expected, the experience was totally different from my usual road travel. This is the kind of experience that comes with fresh air not mixed with pollution (a silent environmental killer) and is totally unaffected my Lagos’ traffic congestion.

“During the trip, I assessed the boat and noticed they were neat and well-kept, the seats are comfortable for commuters. However, I think it’ll help steady some nerves if there’s cool music on board.

“The agreement between to form GBoat is a win-win. Gokada provides the customer base while we work on the logistics,” Gossy Ukanwoke, founder of Lagos Boats tells me during the trip.

“We are just launching and as demand increases, we will launch new routes – extending to other areas such as Ikorodu, Ijede, Lagos Island and Apapa.”

Gossy says the company is hoping to move tens of thousands of workers and professionals every morning.

While Gokada is counting on its massive customer base and its tech platform, Lagos Boats will provide logistics and controls the ride activities.

This service will allow customers to take a bike from their home, get on the board and take another bike at the jetty to their offices without stress.

Meet Grace Ihejiamaizu, Nigerian Social Entrepreneur who is recognized by the...

Celebrated as the First Nigerian Female Pilot to Fly for Qatar...