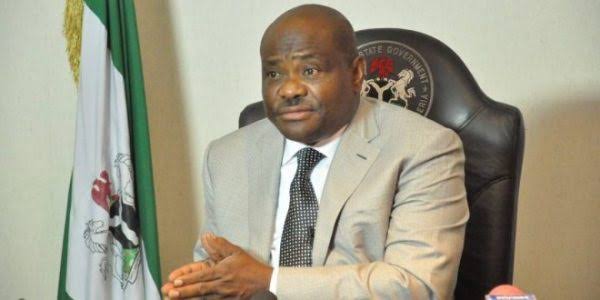 Rivers State Government has commenced the disbursement of N200 million per month interest-free loans to traders with a total of 397 traders benefitting from the first phase while the second is expected to start in the second week of next month.

Those to benefit are drawn from the 23 local government areas of the state.

The loans are meant for the beneficiaries to improve their respective businesses.

The state Commissioner for Special Duties and Chairman of the Committee on Entrepreneurs Interest Free Loans, Hon Emeka Onowu, said the loans would be disbursed monthly to the traders and young entrepreneurs for them to carry out small and medium-sized enterprises.

Onowu thanked the governor for the gesture and urged beneficiaries to invest the money wisely and to utilise it for the purpose it was meant and not to use it for frivolities.

He he stated that despite the economic recession in the country, the state government graciously released the first tranche of of the loan.

The commissioner felicitated with the state governor over his resounding victory at the March 9, 2019 governorship election.

He stated that the loan would go a long way to boost the morale and improve the businesses of the traders.

Onowu further noted that the state government’s goodwill came as a shock since Governor Wike was just coming out of election processes,

He enjoined beneficiaries to invest the money wisely and to utilise it for the purpose it was meant and not to use it for frivolities.

Meanwhile, a group, National Association of Rivers Daughters, has commended Governor Wike for being humble and magnanimous in victory at the last turbulent governorship election in the state.

The group was reacting to the emergent political realities in the state, especially the governor’s call on political opponents to join hands with him, to advance the course of development in the state.

In a statement signed by its National President, Mrs Millie Charlsba Johnson, and National Publicity Secretary, Mrs. Tambari Onwukogba, the association further praised Wike for the initiative which they described as exemplary even as they called on the former Governor of the state and Minister of Transportation, Hon. Chibuike Amaechi,other leaders and members of the All Progressives Congress (APC) and opposition parties to accept the hand of fellowship extended to them by the governor to work for peace and mutual coexistence as he prepares to take Rivers State to a greater height in his second tenure of four years.

The association which is planning to use the opportunity of their 2019 annual general meeting scheduled to hold in Port Harcourt to interface with their root, especially, all the political stakeholders, to foster peace and brotherly love among the people of Rivers State.

“We met Governor Wike when we were on courtesy call while he was serving as Minister of Education during our annual general meeting in Abuja.

“After that courtesy visit, we left Wike with the memory of a man who has passion and commitment to any matter that concerns our dear state, and more importantly, a man of his words, who has to be trusted.

“As daughters of the state married out, we are always concerned about the happenings, and progress of our place of birth, and will not fail to commend or admonish our people, who by their actions or inactions, draw our darling state backwards” the statement further stated.

The Rivers daughters who are excited with Wike’s fair distribution of projects and appointments in his inclusive administration, pleaded with all participants in the last general elections to put the past behind them and work for the unity and development of the state.