HomeBillionairesMeet chief Samuel Adedoyin, One of Africa's most successful billionaires who...
BillionairesFeatured

Meet chief Samuel Adedoyin, One of Africa’s most successful billionaires who started from a humble background to employ over 5000 people 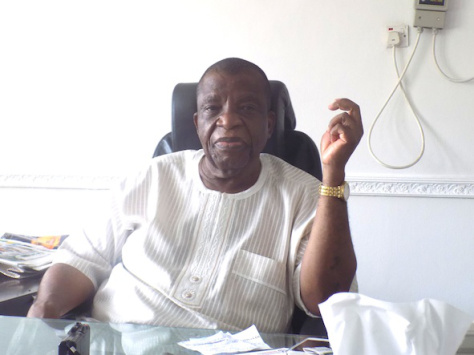 Rising from nothing to something is the story of many successful people.

For some reasons, the stories of many successful people continue to shed light on what may be referred to as the capacity of disappointments, failures, poverty, and life struggles, to breed success.

It would appear as if the poor would remain poor, but in reality they triumph over poverty and embrace success and rise to inspire the next generation of people who desire to impact their societies.

This is the success story of Samuel Adedoyin; a man who was born into poverty, but he refused to accept that as his life’s calling. Through hardwork, he has distinguished himself and made his way to the top, and is now celebrated as one of Nigeria’s wealthiest men.

Samuel Adedoyin was born in Lagos in the year 1935, to Mr. and Mrs. Solomon Adedoyin Olaosebikan and Rachel Oni, who were both farmers.

He had a very rough educational background and progress due to the level of poverty of his family. His story is quite an interesting one as it is filled with determination, struggles and triumph.

Interestingly, Samuel Adedoyin started a business at number 49, Dosunmu Street, where he sold umbrellas, imported holiday bags, and ball-point pens from Italy. He was able to make £9, 600 from a surge of buyers, which shocked every trader around him. From the revenue generated, he bought the space at 49, Dosunmu Street for £9, 000.

As his product got more acceptability in the market, he bought another property about 3 years later, and altogether went on to acquired 9 houses in the Idumota area of Lagos, before eventually building a house for himself at the Rummens Road area of Ikoyi.

After running his trade for a couple of years through reinvestment and diversification, building on his successes, Samuel Adedoyin officially launched the Doyin Group in 1968, which was a business into the manufacturing of leather bags and shoes.

Furthermore, Today, the Doyin Group has over 14 subsidiaries, a workforce of over 5,000 people, and has grown to encompass a wide range of investments across different industries like real estate, hospitality, manufacturing, food and beverages, soap and detergents, pharmaceuticals, agriculture, and many other business interests.

Summarily, Samuel Adedoyin is an entrepreneur who started from nothing. Actually, with just the little that he had. However, he remained focused despite the unfortunate circumstances that surrounded his childhood, he was not discouraged and eventually he ditinguished himself as a frontline entrepreneur and an outstanding businessman.

He simply identifies a need and turn the possible solution into business opportunity.