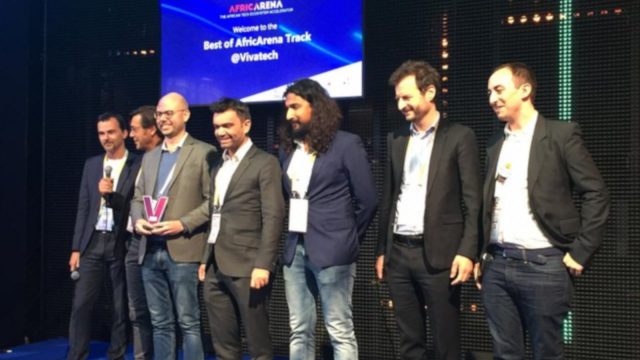 Cape Town based agritech startup Aerobotics has been named the winner of the President Macron Africa Tech Award at VivaTech 2019.

This, after the startup — which specialises in tree crop and pest disease monitoring processes using aerial data and artificial intelligence (AI) software — emerged as the victor in a pitch competition held in Paris last Friday (17 May).

As part of the award, Aerobotics received an invitation to this year’s edition of AfricArena Conference which will be hosted on 11 and 12 November at the Century City Conference Centre in Cape Town.

In a statement today (20 May), Aerobotics’ COO Tim Willis (pictured above, holding the award) described the startup’s experience at VivaTech as having been an “amazing venture”.

Willis said since the startup’s involvement with AfricArena last year, the accelerator has provided the agritech firm with key opportunities to expand its network, particularly in Europe.

“Our shared vision to scale African tech into global markets strongly aligns with our expansion plans. The positive uptake abroad of our product is proof that African tech is world class,” said Willis.

He added that as Aerobotics goes into its second year with the AfricArena VivaTech Challenge, the company is excited at the prospect of another year of the partnership.