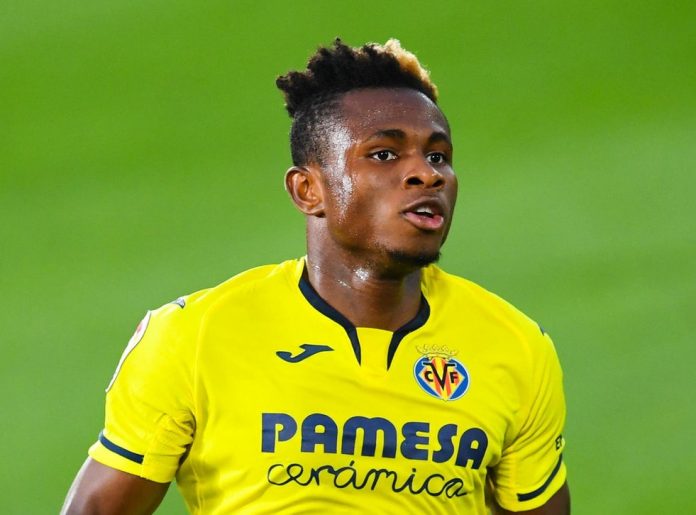 Samuel Chukwueze Super Eagles star has supported an Abia state-based grassroots football club Super Stars with sporting equipment worth millions of naira. The winger that plays for Spanish team Villarreal made the donation through his mother Sarah on Thursday, December 17, as part of his efforts to support grassroots football, according to Complete Sports.

It was said that Samuel Chukwueze had played for the club at a younger age and according to the president of the academy Victor Apugo, the materials donated are high grade, as he expresses gratitude to the gesture.

Apugo who praised the player for remembering his humble beginnings added that it will serve as a motivation to players in the academy to work harder. 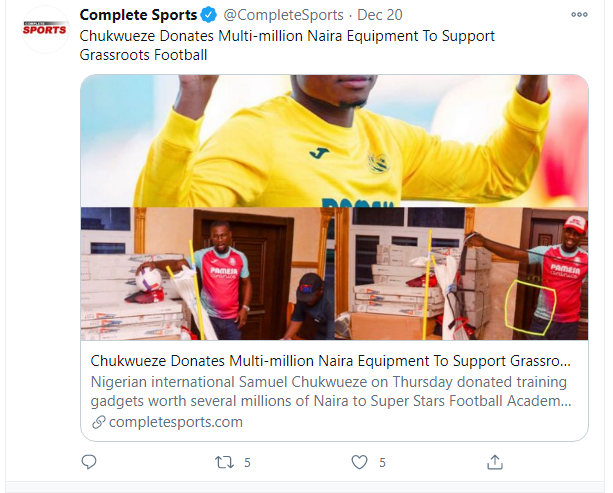 “I’m very happy for these equipment and I can’t thank Sammy (Chukwueze) enough. This will serve as a motivation to the fledgling talents we have at Super Stars – that they can make it to the top too, while also improving the quality of our training to European standards.

Read also: Arthur Ashe, The First Black Man to be Ranked No. 1 in the world of Tennis

“I’m mostly happy because this gesture by Chukwueze shows his willingness to give back to society and that he hasn’t forgotten where he’s coming from. With this kind of cool-headedness and sense of responsibility, he’ll definitely get to the pinnacle of world football.”