Tech Inovations and the Prospects of Globalization in Africa 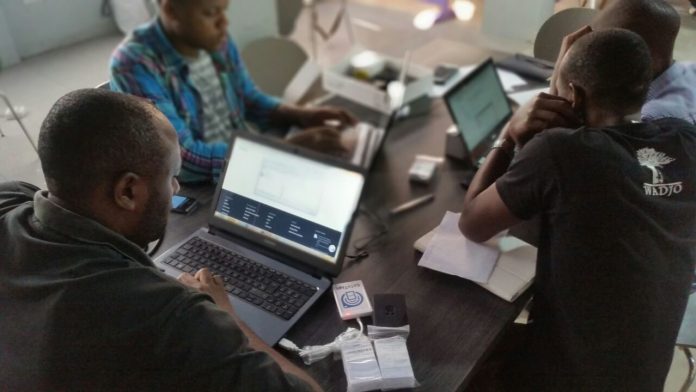 Information and Communication Technology has turned the entire world around. All the continents of the world have benefitted from tech innovations in the area of information and technology which is driving globalization to every nook and cranny of the world, swiftly transforming the destiny of countries and even individual, with a wave unseen and unheard of, throughout history.

At the base of all these transformations, lies sciencentific knowledge, one of the reasons African countries must invest in science and scientific innivation as a tool for wealth creation, employment opportunities and securing the future.

Using its untapped natural wealth, human resources, with teeming youthful population, Africa can benefit more from tech innovations and ICT, as well as from globalization. Indeed, with an effective execution of policy on tech innovations and ICT, Africa will create explosive wealth relying on its vast human resoirces heavily untapped. This is what will reposition Africa.

The secret that lies behind science and the prosperity of nations is simple but profound. There is serious premium on education and ideas matter. No amount is too big for be invested in mere idea. This is the most important secret of the wealth of the industrialised world. They sponsor raw ideas without knowing if it will go well or otherwise. The world is quickly moving away from constant pursuit of the economy through military advantage, to a world ruled by tech superiority and innovation. The entire world now look forward to tech invention and innovations.

To key into the world of unlimited opportunities and wealth in ICT, to profit frim the wave of globalization, Africa must position herself using her vast human resources to raise an army of tech giants and exceptionally brilliant innovators whose inventions will turn around the fortunes of Africa and the world just like Microsoft and Appeal.

The more the Western world was able to invent and innovate in the past over the years, the more advanced and better it became. For Africa, globalisation made must more plausible by ICT has brought a sort of level playing ground in that it is not a secret or mysterious what the path it can take now, to reposition her people and her economy.

Asia has learned and applied the same lesson to her economy and the result is vast wealth creation. Africa, surely cannot be any different. Korean giant tech firm, Samsung and China’s giant Huawai, are distinguished tech companies that have transformed the world through innovation and are reaping from globalization.

For millions of Africans, life without tech inventions and innovations will mean prolonged poverty and crawling economic growth and opportunity for young people.