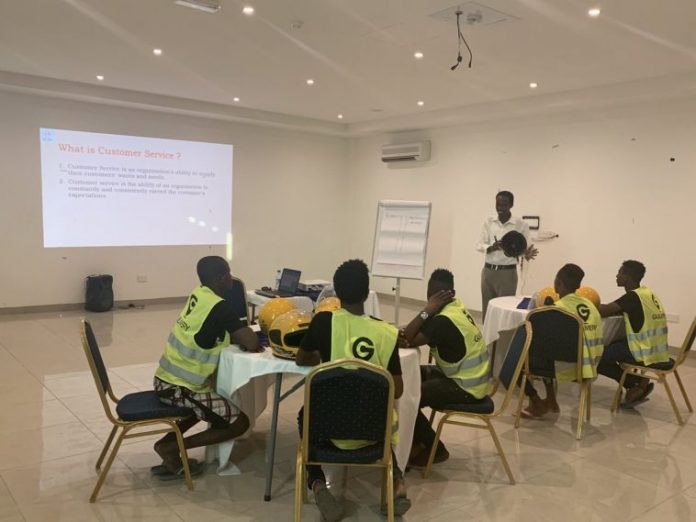 The motorcycle hailing app, Go! was launched by Gulivery in Mogadishu, Somalia on May 1, 2019. The app is designed to provide affordable and convenient city transport for citizens of Mogadishu.

The e-hailing service is starting off with 20 motorcycles and can be ordered online or directly on the street by identifying the drivers’ yellow helmet and bikes.

There is an increased number of digital transportation options in Mogadishu that has led to heavy traffic in the city. The country has still faced infrastructure problems, such as insufficient street addresses and unreliable public transportation, amongst others.

The Founder of Go! App, Deeq Mohamed explained that the company wanted to provide a solution on that by bringing order to the transit system while at the same time create employment opportunities to the locals.

The idea behind Go! App already existed since last year when his friend almost missed his wedding in December. Now the app has been launched and become the latest in a budding tech ecosystem in the country.

The first tech hub in Somalia was opened in 2017 and e-commerce services have gained its momentum even though the internet penetration remains low and insecurity remains high. Additionally, the country is still lacking regulatory policies that affect the work of businesses in the country.

Another issue facing the country is financing. Deeq said that he took a personal loan from a local bank and raised the money for the bikes by crowd-funding from his friends. In the future, Deeq hopes to increase the number of motorcycles on the road to 50-75 by the end of the year. He also hopes to expand the hailing app service to other cities in Somalia and to East Africa.