The five richest American families have a combined net worth of $528 billion. They control massive retail empires, industrial firms, a candy company, and a cosmetics empire. The family businesses have been around for generations, making each of these families true dynasties. It won’t surprise many to learn that the Waltons are the richest family in America, again. The seven heirs of Sam Walton and Bud Walton are worth a collective $247 billion, The Waltons are nearly $150 billion richer than the second-richest family, the Kochs, currently headed up by Charles Koch.

The Lauder family is the fifth-wealthiest family in the U.S., with a combined $40 billion net worth. That’s up from $24.3 billion two years ago. Estee Lauder started the family business in 1947 when she received her first major order for $800 worth of skincare products from Saks Fifth Avenue. Today, the family business includes 31 different brands of makeup – including Clinique, MAC, La Mer, and Bobbie Brown – and generates $14.3 billion in revenue. Now, that said, sales of makeup are down in 2020 due to the stay-at-home and mask mandates related to the coronavirus pandemic. Who needs makeup when you’re not leaving the house and/or your face is half covered up at the grocery store? It will be interesting to see how the Lauder family fortune looks a year from now.

The Cargill MacMillan family is the fourth-richest family in America, with a net worth of $47 billion, which is up from $42.3 billion two years ago. Never heard of them? The family owns Cargill, Inc., the largest privately-held company in the United States. The company dates back to 1865, when William W. Cargill started the commodities company with a one-grain storage warehouse in Iowa. Today, his heirs maintain control of the company, which has interests in food and agriculture. When we think of dynasties, we might think about generations of royalty ruling some far off land. According to the dictionary, the word dynasty has a slightly broader meaning. It is “a succession of people from the same family who play a prominent role in business, politics, or another field.” Under that definition, the Cargill Family is America’s greatest example of a dynasty. There are 14 members of the Cargill MacMillan family that are billionaires. There are more billionaires in this one family than there are in some countries.

The Mars family is the third-richest American family in the world with a combined net worth of $94 billion, which is up from $90 billion two years ago. The Mars family is in the candy business, primarily. They are the people who gave us Snickers, M&Ms, Skittles, Milky Way, 3 Musketeers, Mars Bar, Twix, and dozens of other delicious, sweet treats. That alone justifies their amazing $94 billion net worth. The Mars family is also super secretive, family-owned and led through four generations, and closely guards company recipes and secrets. Mars, Inc. is the sixth-largest privately owned business in the U.S. Worldwide sales top $35 billion. 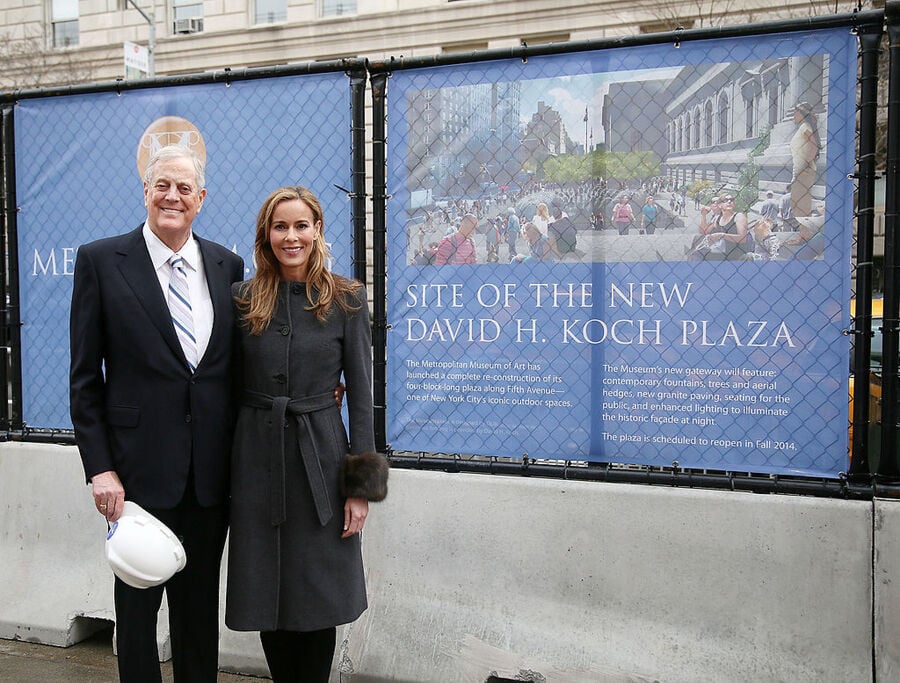 The Koch family’s combined net worth is $100 billion, which is up from $98.7 billion at the end of 2018. The family is also extremely influential in politics, especially in far-right wing issues. The Kochs, in particular, have spent hundreds of millions of dollars to bring their fringe political ideas to the center of American politics. The family fortune got its start when the late Fred Koch joined the Keith-Winkler Engineering Company in 1925. The family fortune grew when his sons, Fred Jr., Charles, Bill, and the late David Koch took over their father’s business and turned it into the powerful and successful conglomerate it is today.

The Walton family is the wealthiest family in not just the U.S., but the world, with a combined $247 billion net worth. A year ago, the family’s collective net worth was $191 billion. Two years ago, it was $151.5 billion. It’s not far-fetched to say that it is very possible that by the end of 2021, the Walton family may have a collective net worth of more than $300 billion. The Walton family’s wealth comes, of course, from their family business, a little store you might have heard of called Walmart. The Walton family members are Walmart’s largest shareholders. They hold more than 50% of the stock in the company. Walmart is the world’s largest retail company with more than 11,500 stores across the globe.