HomeBillionairesJan Koum, from a cleaner to the founder of the world's best...
Billionaires

Jan Koum, from a cleaner to the founder of the world’s best messaging platform 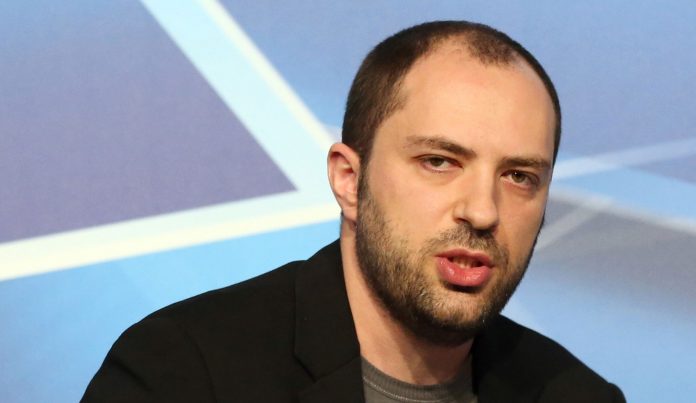 Whatsapp founder Jan koum is an exemplary wise personality who definitely did not allow his crooked background cloud his success. Koum is of a Jewish origin, born and raised in Ukraine. He and his parents lived in Ukraine until he was about 16 after which he and his mother migrated to California in the United states. The small two-bedroom apartment they lived in was got through a special support program from the government.

In other to make ends meet, Koum’s mother worked as a babysitter while koum worked as a cleaner in a grocery store and even had to feed off food stamps and government support. Koum in his late teens realized he had passion for Tech so he taught himself computer networking by studying manuals which he bought from a used book store and returned after he was done to save some bucks.

Despite Koum’s background, his choice of social networking also contributed largely to his career success. After fine-tuning his computer networking skills, he joined a hacker group called woowoo in 1996 where he advanced his skills and also met Sean Faning the future founder of Napster.

Koum was privileged to attend San Jose state university though he worked part time at Ernst & Young where he met with Brian Acton his future Co-founder.

He was able to bag a job as an infrastructure manager at yahoo six months after meeting Brian and they both worked there for the next nine years of their lives before quitting in 2007 after they felt they had made enough money to start up their own business.

Read also: You shouldn’t be scared to startup a business in your twenties and here are the reasons why

The birth and success of whatsapp

The idea for whatsapp came when Koum bought an iPhone in 2009 and realized that he could make an app that could help people notify their friends and family about their current status/whereabout. He pitched the idea to Acton who got five ex-Yahoo friends to invest $250,000 to fund the project. This eventually earned him the co-founder status and a stake in the innovation.

They worked on the app and launched it but instant success didn’t come for Jan Koum. When WhatsApp was first released, it had a very limited number of users and was crashing constantly. Jan was ready to give up and find another job but thanks to the motivation and encouragement from Acton he chose to not give up on his dream.

However, Koum’s luck seemed to turn around when Apple released push notifications feature which allowed WhatsApp to notify users once they had received a message. The app was repackaged to become an instant messaging app where users would message contacts globally without any cost. The SMS like feature gained attention and this skyrocketed its userbase and has been growing ever since. The app currently boasts of over 1.4 billion users across 180 countries.

Read also: Howard Schultz the Billionaire who made Fortunes from Selling Coffee

In 2014 Mark Zuckerberg acquired WhatsApp from Koum and Acton for the price of $19 billion. Interestingly, 7 years before Facebook bought WhatsApp and 2 years before they founded the app in 2009, both Koum and Acton had applied for jobs at Facebook in 2007 but were rejected. Koum sat on the board of directors at Facebook for 4 years until stepping down in 2018 due to disputes with Facebook over their data-stealing scandal.

Jan Koum’s success came as a result of sheer resilience and a cognitive ability to realize and take good advantage of an opportunity. He was devoted and he never gave up on his dreams and the toils eventually paid off. Today, Jan Koum is worth over $10 billion and is the 198th wealthiest man in the world according to forbes.