These 4 Made in Africa Cars by African Manufacturers – Innoson Motors, Laraki, Kiira and Birkin will blow your mind 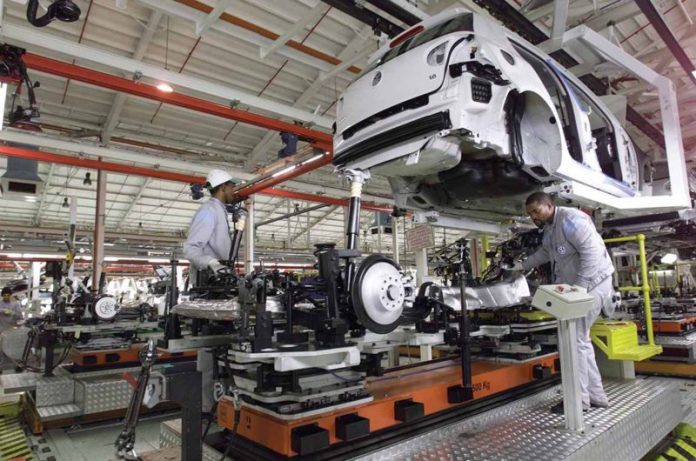 Nigeria’s biggest automobile company, Innoson Vehicle Manufacturing Co. Ltd., popularly known as Innoson Motors, was founded by Innocent Chukwuma and runs a plant in Nnewi in the state of Anambra.

They are the first technology company to manufacture cars in Nigeria. Mymediaafrica.com reports.

70% of the car parts are produced locally[3] while the rest is being imported from Japan, China and Germany.[1]

At the moment, Innoson Motors is one of the biggest car manufacturers on the continent. So far, it has produced luxury, minibuses and trucks. Innoson cars are already on sale and in use in Nigeria. Innoson has released at least 500 Nigeria-made cars at the cost of between N1.5- N3.5 million. It produces a very wide variety of cars and because of this, it is able to attract the patronage of the Nigerian government.

From their plant in Nnewi, Anambra, Nigeria, Innoson assembles various vehicles some of which are pickup vans, SUVs, and Buses. Some of its models are Innoson Fox, Innoson Umu, and Innoson G5 which is an SUV.

Another automobile giant is Laraki from Morocco

Founded in Morocco by Mohamed Laraki, a businessman and car designer in 1999.

The Casablanca based car company started operations by manufacturing Yacht and later move to move to the manufacturing of luxurious supercars. The first car it produced is the Laraki Fulgura, and that was in 2002.

The car was powered by a Mercedes-Benz engine and makes use of the 1991 Lamborghini Diablo Chasis. Borac was its next car, followed by Epitome, and from then on, the company has kept growing and evolving. Its 2013 Laraki Epitome Concept is sold for $2,000,000. It has a V8 engine, 1100 Horsepower (RPM), and a top speed that is estimated at 175 mph.

Larakis are strictly concept cars, custom-built for each customer, and were ranked among the most expensive cars in the world in 2015, priced at over $2- million (about R33-million) each.

KMC is a Ugandan automotive company that comes in a different way from other automobile company we’ve mentioned before. KMC is interested in creating a hybrid electronic vehicle. It was launched in 2014 by the engineering students of University of Makerere who participated in the Vehicle Design Summit launched by MIT students in 2006. The company is backed up by the Government of Uganda.

In its line of Cars, the Kiira has Kayyoola Solar Bus, Kiira EV Smack, and Kiira EV POC which has a battery bank capacity of 40AH and 207V.

A 2-seater car, it is powered by a 26 Horse Power. The line of cars produced by Kiira may signal the dawn of a new dawn for Uganda’s Automotive Industry.

Birkin is among other oldest cars made in Africa. The South Africa based automotive company began in 1982 by John Watson. The car sells in different parts of the world including the United States, Japan, and across Europe. Known for quality classic reproductions, Birkin cars include the SS3 Street Series and the CS3 Clubman Series 3.