Top 5 cryptocurrencies to watch in April 2022 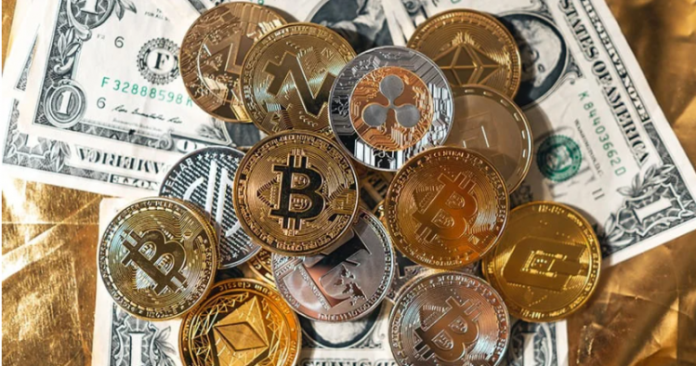 The month of March ended up being a bullish month for the cryptocurrency space as flagship cryptocurrency asset, Bitcoin gained for the second consecutive month, from $43,193.23 at the beginning of the month to end the month at $45,538.68, representing a 5.43% gain.

The Altcoin market experienced similar gains, gaining over 15.19% in February, from approximately $1.06 trillion to currently stand at $1.22 trillion at the end of the month. During the month of March, we saw the altcoin market capitalization lose its trillion-dollar status as it traded as low as $923.5 billion.

The month of March had a lot of events that affected the performance of the cryptocurrency space. In fact, Bitcoin turned positive Year-to-Date (YtD), on the 29th day of the month when Bitcoin crossed $46,311.74, its opening price for the year. The recent rally in the market is as a result of major accumulation seen on BTC, Ether and ADA.

Highlights for the month of March

The month started with OpenSea, the world’s largest NFT marketplace, barring its Iranian users from its platform due to regulation, sparking outrage from NFT collectors and raising fresh debate about decentralization in the crypto space. This came around the time Bitcoin traded its monthly low.

After that, we began seeing net accumulation from ADA, the native token of the Cardano network. Data provided by blockchain analytics firm IntoTheBlock reveals that the balance held by addresses with 1 million to 10 million coins rose to a record 12 billion ADA ($9.72 billion) last week, a 41% gain since late January. We also saw similar accumulation in Ether as well as BTC during the month.

The month also saw Quidax, a cryptocurrency exchange founded by Africans, listing on CoinMarketCap, one of the world’s leading sources of cryptocurrency-related market data, becoming the first fully African owned crypto exchange to be listed on the platform.

We also saw veteran banking giant, HSBC, become the latest corporate bank entity to enter the metaverse by partnering with one of the top metaverse projects by market capitalization, The Sandbox.

Towards the end of the month, we saw Yuga Labs, the company behind one of the biggest NFT collections, the Bored Ape Yacht Club (BAYC), launch its own token, the ApeCoin, going by the ticker APE, as yet another incentive for being part of the exclusive digital asset club. After the launch, the platform raised $450 million, putting its valuation at $4 billion

To cap it off, the current hawkish stance of the United States’ federal reserve as proven true as the regulator increased it interest rate by a quarter-percentage point to a range of 0.25%-0.5% from its current close to zero level. The central bank raised its benchmark interest rate for the first time since December 2018. It is expected that more rate hikes will come in April.

With the current bullish momentum seen in the market, here is a look at 5 cryptocurrencies investors should watch out for in March 2022:

We have continued to see a lot of net accumulation from Bitcoin whales. The trend that began in February, has continued in March 2022 with the Luna foundation leading the charge, buying over 30,000 BTC, in fulfilment of its pledge to buy $10 billion worth of Bitcoin for its programmable stablecoin, UST.

The latest edition of the Blockware Intelligence Newsletter, curated by William Clemente, an on-chain analyst and the lead insights analyst at Blockware explained that with respect to Long Term Holder (LTH) accumulation, an on-chain analytic metric that measures the accumulation of wallet address of entities that have a history of not selling their holdings, the report states that the metric is, “showing the most deflationary reading in Bitcoin’s trading history, in other words, long-term holders are locking up supply at a pace that is outpacing the amount of BTC being introduced into circulation every day.”

The report further reads, “Of the on-chain accumulation, it actually appears that some of this (accumulation) has come from smaller entities; with whales’ holdings in a broader downtrend despite a spike over the last few days.”

Cardano is one of the biggest blockchains to successfully use a proof-of-stake consensus mechanism, which is less energy-intensive than the proof-of-work algorithm relied upon by Bitcoin. Although the much larger Ethereum is going to be upgrading to PoS, this transition is only going to take place gradually.

The increase in transaction volume is as a result of the increase in chain activity of the Cardano ecosystem since the first Decentralized Application, SundaeSwap launched in January. In March, the Total Value Locked (TVL) on the platform hit an all-time high of $326 million. Although we saw SundaeSwap lead the charge, we are now seeing Minswap, a new DEX that just recently launched, accounting for over 50% of the TVL on the network.

As with the case with Bitcoin and ADA, we are also seeing a lot of whale accumulation for the native token of the Ethereum blockchain. As previously reported by Nairametrics, there has been a significant uptick in accumulation of Ether from centralized exchanges.

According to data provided by Glassnode, an on-chain analytics software tracker, nearly 550,000 ETH, worth approximately $1.66 billion, using the current market price as of the time of this writing, have left centralized trading platforms YtD. The massive outflow has reduced the exchange’s net-Ether balance to 21.72 million ETH, down from its record high of 31.68 million ETH in June 2020.

Also, to note, according to data from IntoTheBlock, over 30% of all Ether’s withdrawals from exchanges witnessed in 2022 appeared last week. In detail, over 180,000 ETH left crypto trading platforms on March 15, bringing the weekly outflow, worth to a little over $500 million as of March 18. Chainalysis data report revealed similar readings, showing that Ether tokens could have left exchanges this week at an average of about 120,000 units per day, a bullish signal.

Solana is also termed an Ethereum competitor, operating on a PoS, similar to Cardano’s blockchain. It is unique because the platform touts to improve its scalability by introducing a proof-of-history (PoH) consensus combined with the underlying proof-of-stake (PoS) consensus of the blockchain.

The token as gotten more interest from participants as a result of OpenSea’s announcement that it will add support for the Solana ecosystem in April 2022. Because of the news, NFT trading volume has soared on other existing Solana marketplaces, like Magic Eden.

Solana is the second-largest NFT ecosystem behind Ethereum, with an estimated market cap of $1.5 billion across its collections. The Solana NFT space grew rapidly last fall on the back of rising collections like Solana Monkey Business, Degenerate Ape Academy, and Aurory. Solana touts to offer faster, cheaper, and more energy-efficient transactions than Ethereum’s mainnet.

The Ethereum-driven OpenSea is currently the most popular marketplace across the wider NFT industry, racking up billions of dollars each month in trading volume, including more than $5 billion in January across Ethereum and sidechain scaling solution, Polygon. In January, OpenSea was valued at $13.3 billion following a $300 million Series C raise.

Ripple is still dealing with the case with the United States Securities and Exchange Commission (SEC). In December of 2020, the SEC charged Ripple with allegations stating that its executives sold $1.3 billion worth of XRP in an unregistered securities offering. Ripple objected to the claims, saying that XRP should not be considered a security.

One of the pillars of Ripple’s defense is that it simply did not know that its XRP token could be categorized as a security. Ripple argues that the SEC should have notified the company of its intentions before taking the matter to court. By not doing so, the agency denied Ripple what is known as fair notice.

In a development concerning the case, Judge Analisa Torres has granted Ripple’s permission to respond to the SEC’s Memorandum of Law in support of the Motion to Strike fair notice defense, according to court documents. So far, ripple has been given the opportunity to unseal a series of 2012 documents whose contents is believed to show that the firm did not know that the XRP token could be categorized as a security, which the SEC claims the company knew.

However, in March, the SEC scored a point against ripple as the Judge granted an extension to submit a discovery schedule relating to individual defendants CEO of Ripple Labs Brad Garlinghouse and co-founder Chris Larsen as part of the case against Ripple Labs. While the ruling favours the SEC, some onlookers have suggested that the enforcement body is dragging its heels and slowing the case down to frustrate Ripple Labs.

Many are predicting that Ripple will win the case and this has caused a whale to make a purchase of $700 million worth of XRP in the month of February. This is described as the second-biggest accumulation in the XRP’s history. Also, a former SEC official also predicts that the SEC will lose on the merits of the case against XRP. Attorney Joseph Hall stated, “I’m not entirely sure what the SEC is planning on proving in the XRP litigation… And I continue to think there is a pretty good chance that [the SEC] will lose on the merits.” This is why XRP makes our list for March.