Top 5 cryptocurrencies to watch in February 2022 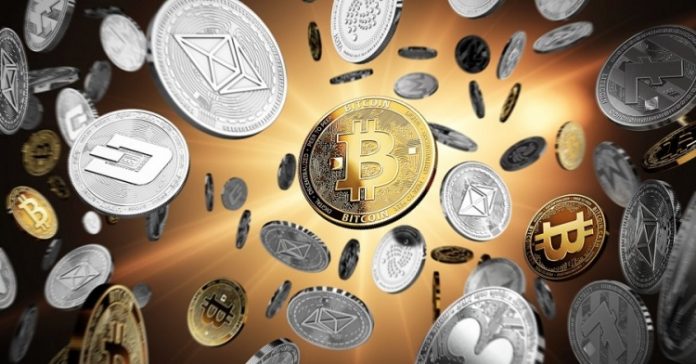 The Altcoin market experienced similar loses, losing over 22% in January, from approximately $1.31 trillion to currently stand at $1.02 trillion at the end of the month. During the month of January, we saw the altcoin market capitalization lose its trillion-dollar status as it traded as low as $877 billion.

Although January was significantly bearish for the cryptocurrency market, the NFT market witnessed a rally in its transaction volume. Data from Dune Analytics revealed that OpenSea, the world’s largest NFT marketplace saw a record monthly volume of $4.96 billion, surpassing its previous high of $3.4 billion witnessed in August 2021.

The current hawkish stance of the United States’ federal reserve, coupled with news that the White House will issue an executive order in relation to cryptocurrencies in the coming days and the IRS stating that cryptocurrencies and NFTs as “ripe for fraud, including money laundering, market manipulation and tax evasion,” are all factors weighing the cryptocurrency market down. This shows that the macro-economic outlook does not look too good as more investors are now focused on the commodity market, particularly the oil market as tensions between Russia and Ukraine as well as tensions between the United Arab Emirates and the Yemen’s Houthi movement, have brought concerns about the already strained supply of oil as OPEC+ producers are already not meeting up with their approved quota.

With many coins in the cryptocurrency market trading at a discount, here is a look at 5 cryptocurrencies investors should watch out for in February 2022:

As previously mentioned, Bitcoin lost 16.89% in the month of January due to a number of factors which includes the hawkish stance by the U.S federal reserve, the proposed ban of cryptocurrencies by the Russian apex bank and the sell-off also seen on Wall Street’s main indexes.

Although these factors translate to a bearish outlook for Bitcoin and the broader cryptocurrency market, there is a silver lining at the end of it all. On-chain analytics expert, William Clemente, explained in his newsletter, Blockware Intelligence, that Whale activity has picked up over the course of the previous week. He stated, “Illiquid supply shock ratio continues to climb. This means that coins are moving from entities that hold less than 75% of the coins they take into entities that hold more than 75% of the coins they take in. In laymen’s terms, this shows that coins are moving to strong hands. The qualitative aspect of Bitcoin’s float looks very healthy. Of course, this is only one side of the equation. We can have all the holding behavior in the world but if there’s no marginal demand stepping in it doesn’t translate to price appreciation.

“Whales had been distributing since September, but it seems that this week they are finally adding to their holdings. A very interesting trend to watch for continuation over the coming weeks.”

This is an indication that big money players are coming back into the market, however, it is too soon to tell. Even with this, it is enough for Bitcoin to make our list for coins to watch as when Bitcoin sneezes, the broader market, catches a cold.

Floki Inu is a dog-themed meme coin that is named after Elon Musk’s dog. Meme coins like Dogecoin and Shiba Inu took 2021 by storm, ranking among the top 10 cryptocurrencies by market capitalization at some point during the year.

According to Dogecoin billionaire, Glauber Contessoto, who sold his Tesla and Uber stocks to gather $250,000 so he could invest in Dogecoin, stated that his second heavy bag is in FLOKI. He revealed that in addition to the 4.3 million DOGE worth $613,180, at the time of writing, he also holds more than 822 million FLOKI, worth around $30,000 at the time of writing.

FLOKI is also positioning itself to be a force to be taken seriously as it looks beyond the meme token crown. The platform is currently developing a play-to-earn (P2E) non-fungible token (NFT) video game called ‘VALHALLA’, an educational platform called ‘Floki Inuversity’, and merchandise and NFT marketplace called ‘FlokiPlaces’, bringing real utility and use cases to the token. This is why Floki Inu made our list of tokens to watch out for in February.

Sandbox is a blockchain-based virtual world allowing users to create, build, buy, and sell digital assets in the form of a game using its native token called the SAND token. Sandbox was launched in 2011 by Pixowl and is built on the Ethereum ecosystem. It combines the powers of decentralized autonomous organizations (DAO) and non-fungible tokens (NFTs), to create a unique decentralized platform for a thriving gaming community.

On the 29th of November the platform opened up part of its metaverse after four years of development, to 5,000 players for the first time via a multi-week, play-to-earn (P2E), Alpha event called The Sandbox Alpha.

Since the platform opened up part of its metaverse, it has been racking up partnerships. Sandbox announced partnerships with American rapper Snoop Dogg and Warner Music, a major record label. Asides from this, they also partnered up with Warner Music Group (WMG), to create a musical theme park and concert venue within the gaming metaverse.

The firm also recently launched its Metaverse Accelerator Program, which will push the development of the open metaverse by investing $50 million in startups. The token is also part of those in consideration to be invested in by Greyscale, one of the largest crypto asset management firms.

Cardano is a proof-of-stake open-source blockchain that aims to “redistribute power from unaccountable structures to the margins to individuals,” helping to create a society that is more secure, transparent and fair. Cardano is one of the biggest blockchains to successfully use a proof-of-stake consensus mechanism, which is less energy intensive than the proof-of-work algorithm relied upon by Bitcoin. Although the much larger Ethereum is going to be upgrading to PoS, this transition is only going to take place gradually.

Currently, of all the blockchains, Cardano is ranked #3 in total transaction volume with an average daily volume of $5.67 billion as of the time of this writing. On the 17th of January, the platform surpassed Ethereum in transaction volume to take 2nd place. This is evident due to the pick up in chain activity of the Cardano ecosystem as its first Decentralized Application, SundaeSwap launched in January.

The ADA token is currently ranked #6 with a market capitalization of $35.6 billion as its price trades levels not seen since July 2021. Due to its increased on-chain activity and more people excited about the launch of its DApp, it makes it one to watch in February 2022.

XRP, popularly known as the banker’s coin as made it to the list. This is because Ripple’s CEO Brad Garlinghouse took to twitter to announce that his company has bought back its Series C shares which were sold to investors to raise funds in December 2019, at a $15 billion valuation.

This news also comes while the Securities and Exchange Commission (SEC) case against Ripple is ongoing. In December of 2020, the SEC charged Ripple with allegations stating that its executives sold $1.3 billion worth of XRP in an unregistered securities offering. Ripple objected to the claims, saying that XRP should not be considered a security.

Many in the cryptocurrency community have described the move as audacious especially because the firm is making this move while the case is ongoing. Many are also predicting that the firm made this move because the case with the SEC is coming to an end sooner than what everyone realizes. This is why XRP makes our list for February.