HomeInvestmentTop 5 cryptocurrencies to watch in May 2022
Investment 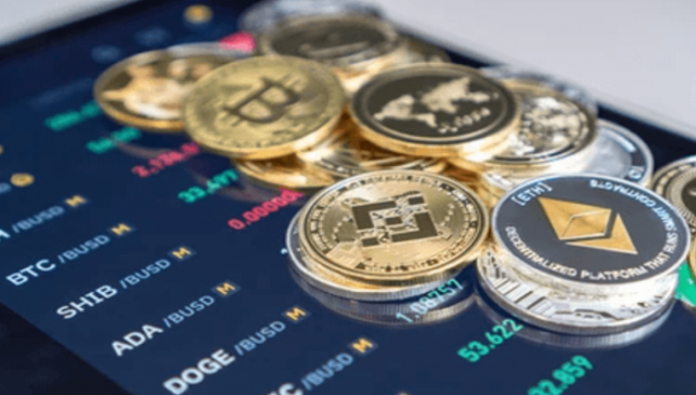 The Altcoin market experienced similar declines, losing over 19% in February, from approximately $1.22 trillion to currently stand at $988 billion at the end of the month. During the month of April, we saw the altcoin market capitalization lose its trillion-dollar status.

Highlights for the month of April

The month started with the hype around the world’s richest man and Dogecoin enthusiast, Elon Musk, who bought 73,486,938 units shares of Twitter common stock, which is 9.2% of the total common stock in issuance. This puts the value of the purchase, using the filing date, the 14th of March 2022, at $2.74 billion.

After that, Lightning Labs, the creator of Bitcoin’s layer two solutions, announced it was able to secure $70 million in a funding round in other to further develop the Lightning Network to bring assets like stablecoins to the Bitcoin blockchain.

The month also saw Sky Mavis, the company behind the popular P2E game, Axie Infinity and the Ronin sidechain, raise $150 million to reimburse victims of the $625 million hack. Binance led the funding round and other participants of the funding round include Animoca Brands, a16z, Dialectic, and Paradigm.

We saw renewed interest in Dogecoin as the board of Twitter accepted Elon Musk’s bid to buy the social media giant. After Musk bought over 9% stake in the company, he went further to make an offer to buy the social media platform to take it private for approximately $44 billion. After this deal was accepted, we began seeing renewed activity/interest from whales, a term used to describe ‘big money’ investors of the meme-focused cryptocurrency.

With the current bearish trend seen in the market, here is a look at 5 cryptocurrencies investors should watch out for in May 2022:

Although we are seeing a bit of sell-off in the cryptocurrency space, there is still a lot of net accumulation from Bitcoin whales. The trend that began in February, has continued into April 2022 with the Luna foundation leading the charge, as the foundation continues to fulfil its pledge to buy $10 billion worth of Bitcoin for its programmable stablecoin, UST.

However, Glassnode explains that the volume of transactions in the market is on a downtrend and is one of the reasons for the declines seen in the market. The newsletter explained, “The Bitcoin network is currently settling between $5.5B and $7.0B in value per day, which is around 40% lower than the $9.5B to $11.0B/day seen at the bull market peaks. Settlement volumes do however remain notably higher than the ~$2.0B/day seen throughout 2019-20, suggesting a net increase in network utilization has occurred.”

The newsletter acknowledges that there have been more exchange outflows (accumulation) than inflows. It reads, “we can see that inflows and outflows are often quite similar in scale, with traces generally overlying each other, at least visually at this scale. Total exchange flows currently represent around $2.1B per day, with a slight dominance towards outflows ($1.1B/day vs inflows of $1.0B/day).”

Cardano is one of the biggest blockchains to successfully use a proof-of-stake consensus mechanism, which is less energy-intensive than the proof-of-work algorithm relied upon by Bitcoin. Although the much larger Ethereum is going to be upgrading to PoS, this transition is only going to take place gradually.

Also, data from DeFi Llama shows that the Cardano blockchain Total Value Locked (TVL), a measure of participation on the blockchain, has grown by 65.73% from $113.9 million to end the month at $188.7 million. This is as a result of increased participation with the blockchain and newer Decentralized Exchanges (DEXES) like WingRiders (WRT) launching on the platform.

There is a lot of discouraging news surrounding Ether. Data from CoinShares’ latest Digital Asset Fund Flows report hinted that institutional investors are no longer interested in the world’s second-largest crypto by market capitalization.

The report revealed that institutional investors have been accumulating Ethereum competitor tokens as they loaded up on $3.5 million worth of Avalanche (AVAX), Solana (SOL), Terra (LUNA) and Algorand (ALGO) funds while capital outflows from Ether products totalled $16.9 million.

It is the third straight week that Ethereum products have seen outflows, bringing the total over that time to $59.3 million. This puts Ether’s Year-to-Date (YtD) outflow at 35% representing $169 million from the second-largest blockchain. Over the past 10 weeks, outflows from Ethereum products have reached only $68.5 million in what could signal a bearish trend caused by institutions towards the major blockchain.

Although this paints a grim future for Ether, according to data from IntoTheBlock, over 30% of all Ether’s withdrawals from exchanges witnessed in 2022 appeared in March. In detail, over 180,000 ETH left crypto trading platforms on March 15, bringing the weekly outflow worth to a little over $500 million as of March 18. Chainalysis data report revealed similar readings, showing that Ether tokens could have left exchanges this week at an average of about 120,000 units per day, a bullish signal.

Just a little over a month after its launch, the ApeCoin, the native token of one of the world’s most prestigious NFT collections, the Bored Ape Yacht Club (BAYC), has made its way into the top 30 by market capitalization, ranking #24 as of the time of this writing.

The rally in the price of ApeCoin during the week saw the token overtake Decentraland’s MANA token, to become the largest metaverse token with a market value of $5 billion as of the time of this writing. In fact, the token has become the focus of the metaverse sector of the cryptocurrency space, as it leads in terms of traction, volume of transactions and number of holders.

We saw a bullish momentum in ApeCoin despite the market downturn. This was because of excitement and anticipation, as the platform’s developer community, Yuga Labs, hinted at debuting its major metaverse project, ‘Otherside’. The metaverse launched on the last day in April, with ApeCoin, being the native token of the virtual reality space.

During the week, APE became the most traded token by the top 100 ETH whales with that group accumulating over 2.3 million APE tokens worth $39.8 million as of the time of this writing. The Yuga Labs team explained that the APE token collected from the auction events will be locked up for one year. It added that no further voting will be organized in the ApeCoin DAO either. Users will also need to do the KYC to join the minting event.

The team specifically mentioned that the mint will be done in ApeCoin while the gas fees will be paid in the Ethereum (ETH). It was also mentioned that the starting price for the auction will be revealed later this week. According to the announcement, BAYC and MAYC holders will be able to claim the NFT for 21 days just after the auction.

STEPN is a self-styled “Web3 lifestyle app” with GameFi elements on the Solana blockchain. It combines aspects of a play-to-earn game with a fitness app to create a new category coined “move-to-earn.” Users buy NFT sneakers, which they can use to earn in-game currency while walking, running, or jogging.

Move-to-Earn (M2E) is a relatively new phenomenon that includes a variety of products and services that pay users for being active. They generally aim to incentivize fitness, helping to reduce obesity and sedentariness, and giving users an opportunity to earn an income for improving their health.

STEPN’s governance token, Green Metaverse Token (GMT), has appreciated 24,500% since its token sale on Binance on March 9. Venture capital firm Sequoia Capital and other Web3 investors have also invested in STEPN, purchasing $5 million worth of GMT in a seed funding round back in January.

Recently, Coinbase, one of the biggest cryptocurrency exchanges, announced plans to list GMT and GST, STEPN’s native tokens. Although M2E are relatively new, they are still drawing the attention of the cryptocurrency space as the market capitalization now stands at $2.4 billion.