Trevor Milton founder of Nikola Motor. He’s self-confident, a visionary and ambitious entrepreneur. He doesn’t believe in the conventional way of “Get a degree(s) to be successful” He is a good example of “millennial”. In summary he is an achiever.

Milton who never completed college, aged 36 is now a serial entrepreneur is the nation’s foremost pitchman for hydrogen fuel-cell technology in transportation. He started Nikola Motor when he was 29 after series of successful and not so successful startups, has become one of the most visible advanced vehicle companies in the world. He has a net worth of over $4.2 Billion according to Forbes.

Bill Milton his dad is a retired manager of Union Pacific Railroad, and his mother Sally Milton, was a realtor before her death to cancer. He has a brother and three sisters. His family moved to Las Vegas and returned to Utah when he was 8. Milton is a member of The Church of Jesus Christ of Latter-day Saints. He became fluent in Portuguese after his 18 months stay in Brazil, after he completed his high school. He attended Utah Valley State College, Orem, where he dropped out after a single semester.

Milton isn’t a trained engineer or scientist since he didn’t go through college. He tried college, but quit after one semester at Utah Valley State College – now Utah Valley University – in Provo.

Milton used the Thanksgiving holiday to gather intelligence by talking to truckers in the newly opened North Dakota oil fields, as he was formulating Nikola seven years ago.

His key strengths are his vision, communications skills, passion and the “animal spirit” to stake his money and his reputation on an idea.

Milton said he got his drive from a difficult childhood experience and was encouraged by his dad whom he referred to as his best friend and greatest support. His dad who had his degrees in business and finance, was not an entrepreneur but wanted Milton to be one.

His entrepreneur journey started when he sold candy for kids at his school which he bought for $20 he borrowed from his dad. He was almost kicked out of elementary school by his principal for his actions.

His character was built from the crisis in his family, Milton said. When he was 6, he watched his mom cough out blood as a result of cancer. Things was really tough for him and his family, his dad had to quit his job and began consulting for Union Pacific, mostly in Las Vegas, where he had to make 4-5 hours long drive to and from the Milton home in Kanab as often as possible.

Milton wouldn’t trade the toughest time of his life and family for anything in the world.

Nikola’s roots extend back to Milton’s early years. His father’s job gave Milton access to trains in the Las Vegas area. A 6-year-old Milton learnt from an engineer how a locomotive ran on electricity that was generated by the engine’s huge diesel engines. The engineer pointed to a diesel truck running on the highway alongside the tracks and told him that maybe one day they’ll be smart enough to build a locomotive semi-truck, and that was the lightbulb for Milton. He then decided right then that someday he’d build that locomotive semi. The next 30 years were all about preparing himself.

Milton learnt how to be independent from his 18-month church mission to Brazil after high school and to become fluent in Portuguese. He spent some time in Puerto Rico, studying Spanish and returned to Utah in 2003 where he started his first company which was an alarm and video-surveillance business.

He sold his first business and started an online retail operation that Milton referred to as “an incredible success,” although it failed. Nikola is his sixth business. Three were good successes, three were not so great. 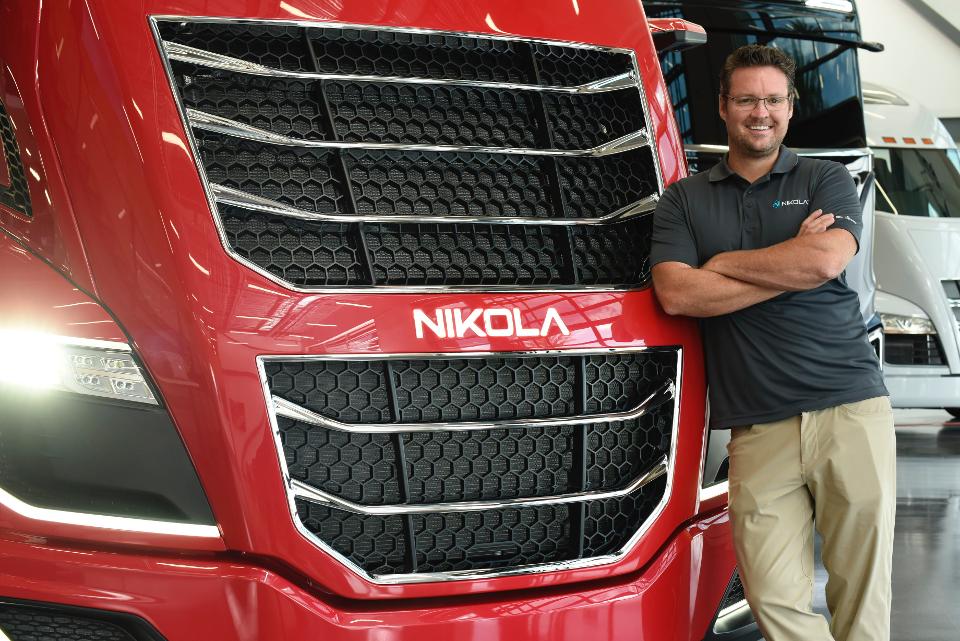 Milton entrepreneurial days are done, Nikola will be his last business. He has raised $300 million so far in pursuit of his dream and recently launched a new quest for $1.5 billion in fresh investment capital.

He is married and lives Phoenix, Arizona.