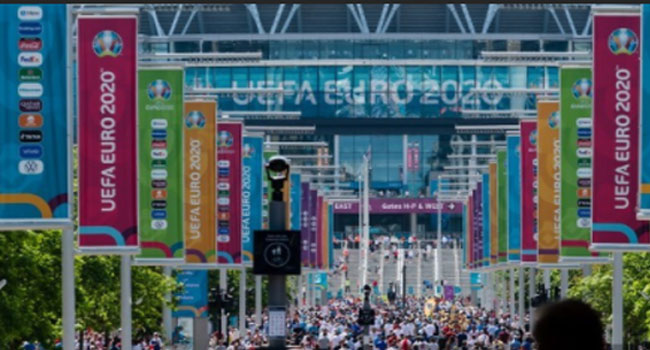 UEFA are to offer 10,000 free tickets to supporters attending this season’s men’s Champions League final to “reward” them for their “support during the Covid-19 crisis”.

Another 20,000 free tickets are to be distributed for other European club finals including 6,000 for the women’s Champions League final in Turin, Italy on May 22.

The two clubs that reach the men’s Champions League final — to be played in the Krestovski Stadium in St-Petersburg on May 28 — will be each given 5,000 tickets “to reward their most loyal supporters,” said UEFA.

The finalists for the Europa League final (May 18) in Sevilla, Spain, will receive 4,000 freebies each, the clubs in the inaugural Europa Conference final, in Tirana (May 25), will have 3,000 apiece to hand out.

UEFA also said the price of the two lowest levels of tickets for the next three Champions League finals will be frozen — the cheapest being 70 euros ($79).