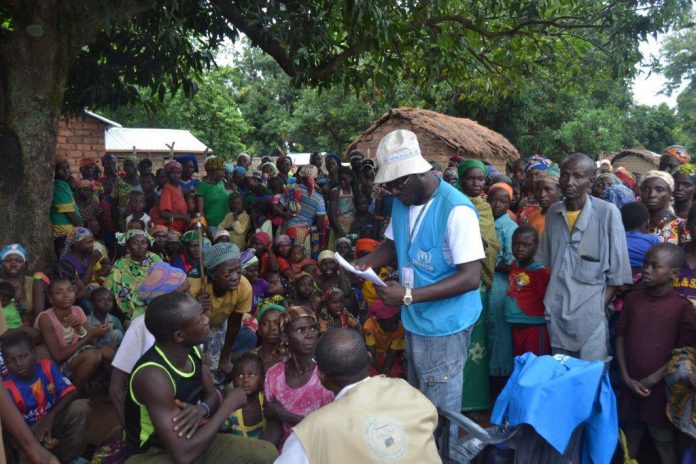 The United Nations Refugee Agency, UNHCR, the organ of the world body in charge of refugee crisis, has launched an appeal asking for urgent funding to settle the needs of internally displaced Cameroonians, in the English speaking area of the Central Africa country.

In ongoing secessionist movement in Southern parts of the country has led to the displacement of about 351,000 citizens. in a recent statement, the UN has said that, “more than 437,000 people are currently displaced in Cameroon, 246,000 of them in the Southwest Region, 105,000 in the Northwest Region, and 86,000 in the Littoral and West Regions.

In all, the crisis in the Southern parts of Cameroon has extended and spilled all over the country causing displacements of citizens across the country. consequently, the “UNHCR now requires US$184 million for its operations in Cameroon and Nigeria – including US$35.4 million needed urgently for critical life-saving assistance,” the statement said.

The statement by further emphasized that women and children are the most affected by the violence and displacement in Cameroon, for over a year now since the region went into violent chaos. This problem accordingly possesses tremendous challenges. The UNHRC has noted that “The most frequently reported security incidents include destruction of homes and other domestic properties, extortion, torture and inhumane treatment including rape, sexual assault and sexual exploitation”.

The statement by UNHCR reads, “Many of the displaced in Anglophone Cameroon are living in overcrowded conditions, without proper shelter or health and sanitation support.

“Underfunding and insecurity have restricted protection and assistance activities to affected populations. The safety of women, children, unaccompanied and separated minors, people with disabilities, and lactating and pregnant women are of deep concern to us in light of increased protection incidents and the severe underfunding.

“In Nigeria, refugees are currently being hosted in settlements, and more than 47 villages along the border. There is significant pressure on existing social services, and facilities for health and education. Refugees in settlements are depending on humanitarian assistance to meet their basic needs.”