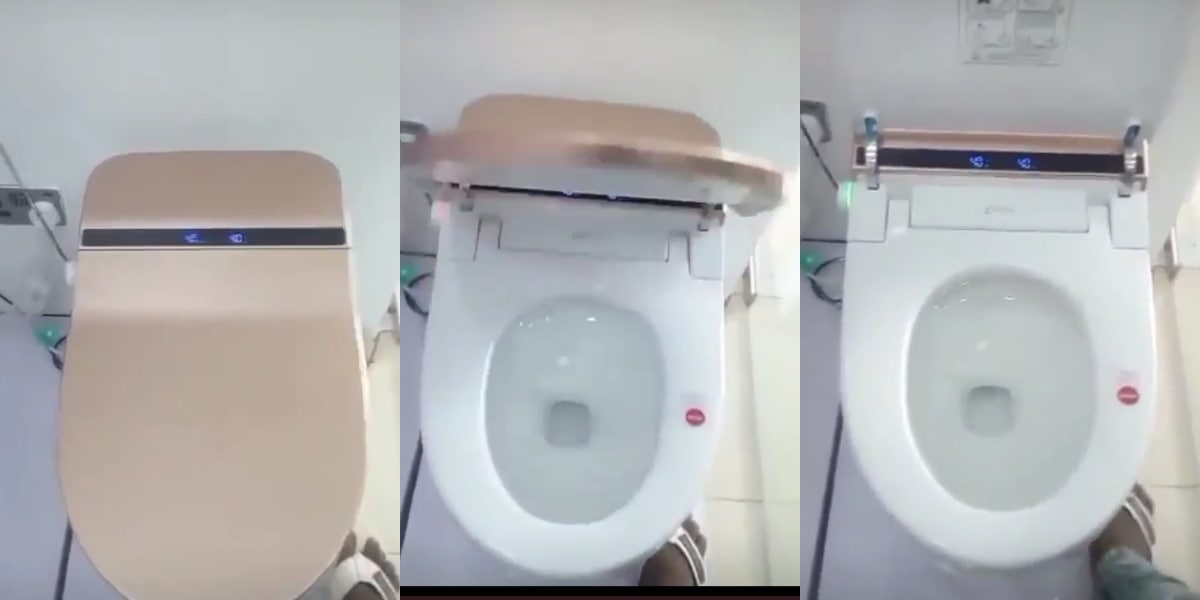 Some people had gathered around the plush restroom just to witness how the high-tech toilet facility work. The functions of the water closet were discussed by some men in the.

It was being controlled by a sensor button, which flung the cover of the closet open when touched. This was followed by the gradual opening of the second closet in a bid to show how it works.