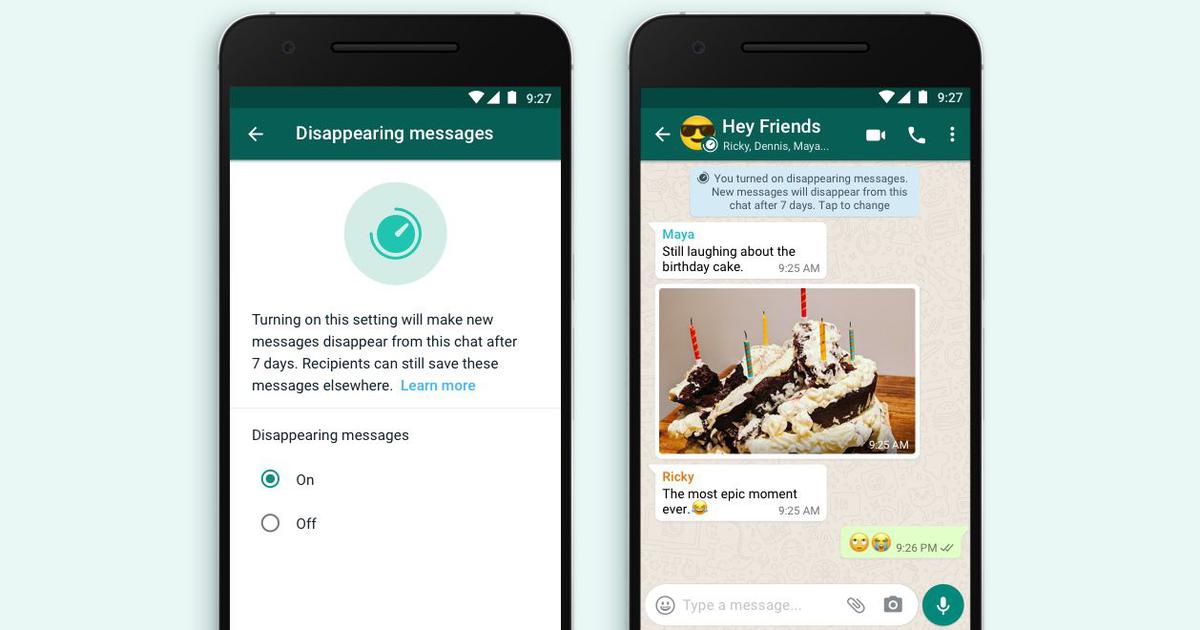 Facebook’s WhatsApp announced on Thursday the introduction of a new feature that will let users choose to automatically delete messages after seven days.

It’s another move of Facebook trying to improve privacy in its products. WhatsApp has more than 2 billion users around the world and already has features like end-to-end encryption, which makes it harder for people to hack into and see conversations.

But the new feature will automatically delete older messages after seven days if you turn it on. Either person in a chat can activate it, or an admin in a group chat can enable the option, but it’s off by default.

A seven-day expiration period was settled on because it allows users enough time to see and revisit recent messages but also removes any permanence. But, if a backup is created while the message is in an inbox, it’ll still appear in the backup file. Also, if you have auto-download for photos and videos enabled, those files won’t be automatically deleted from your device, just from the chat.

The feature is rolling out over the coming weeks, WhatsApp said.

Apple is Ireland’s largest company with sales of €119bn