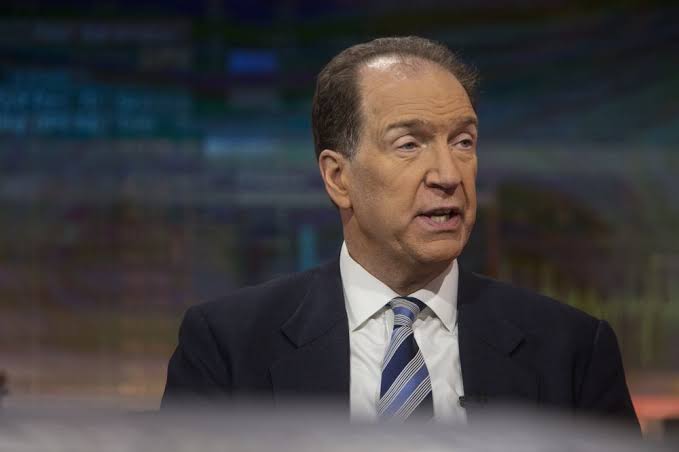 On Friday, The World Bank’s executive board unanimously approved David Malpass, a US Treasury Department’s top diplomat as the bank’s next president.

The bank said that Malpass, the Treasury’s undersecretary for international affairs, will start his new role on Tuesday as the World Bank and International Monetary Fund Spring Meetings get under way.

Malpass who was a former Bear Stearns and Co chief economist who advised US President Donald Trump’s 2016 election campaign, was the sole candidate for the job. Previous World Bank President Jim Yong Kim faced two challengers, from Nigeria and Colombia, in 2012 when he was first selected.

This time around, bank board members had said there was little appetite for a challenge to a US candidate.

In a note to World Bank employees after his selection, Malpass said that more than 700 million people remain in extreme poverty in the world. Too many people are not seeing an advance in their living standards, with the poorest nations facing the steepest challenges, he said.

“Faced with these challenges, our twin goals of eliminating extreme poverty and achieving shared prosperity are more relevant than ever,” Malpass said. “The Bank Group is strong financially and well equipped with the tools and talent to achieve measurable successes.”

In a phone interview with Reuters news agency, Malpass said he would uphold the bank’s commitment to reducing poverty in the poorest countries and to fight climate change, and pursue goals stated in a $13bn capital increase last year.

Elon Musk, The Man Who Sees The Future

Air Force One – The Most Secure Aircraft in The World

Celebrated as the First Nigerian Female Pilot to Fly for Qatar...