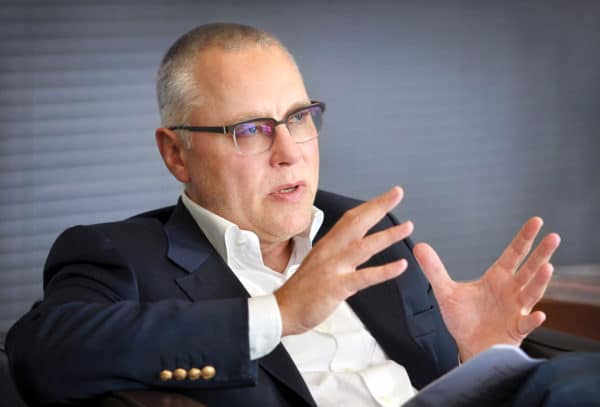 Zdenek Bakala born in 1961 fled Czechoslovakia (which was later changed to the Czech Republic) at the age of 19 and ended up at Lake Tahoe, Nevada, the United States with just a $50 bill and a sandwich. At around 1980, Bakala’s native land, Czechoslovakia, was still been controlled by an authoritarian communist regime, which left him with no choice but to leave his home in Brno to seek a better life, mainly education, in the US.

He got a job at a restaurant in Harrah’s casinos, where he survived by washing dishes before moving up to the bay area. He learned to speak and write in English, and he took classes at a community college.

Bakala managed to gain admission to the University of California, Berkeley, majoring in Economics, and he earned a scholarship to pursue his MBA at the Tuck School of Business at Dartmouth College and graduated in 1989.

His business career started at Drexel Burnham Lambert’s investment banking desk in New York, and later he worked with Bank of America. Bakala moved back to his country, the Czech Republic in 1994 after working at Credit Suisse First Boston in 1991. He returned home to play a part in his country’s free-market economy. In 1994, Zdenek founded ‘Patria Finance’, which was the Czech Republic’s very first private investment banking group.

The bank performed a vital role in privatization and restructuring projects such as Skoda Auto, the first issue of Czech sovereign bonds, and the establishment of asset management. Zdenek advised the government of the Czech Republic as at then on many transactions such as the sale of national automobile company Skoda to Volkswagen.

Over the years, Zdenek has had a number of achievements which includes but is not limited to: A share in the Czech weekly magazine Respekt in 2006; In 2007, he founded the Bakala Foundation in Prague, which provides scholarships at leading universities abroad to talented Czech students; Majority of the stakes of ‘Economia’ which is a publishing company, that was in 2008, and so much more.

Bakala had always had an interest in cycling and the Omega-Pharma-Quickstep cycling team which he owns was the number one ranked cycling team in the world in 2013. He is currently ranked the 6th richest man in the Czech Republic with a net worth of $ 1.5billion

He is an active philanthropist currently living in Switzerland and happily married to Michaela Bakala, with whom he has four children.

Kenya clamps down on gambling ads