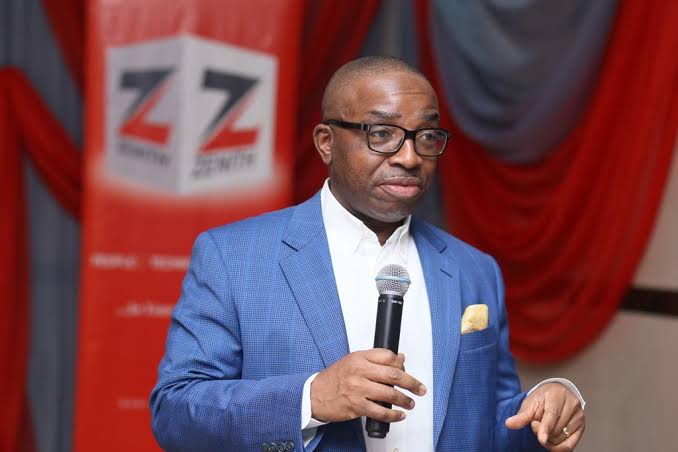 The management of  Zenith Bank Plc appoint Mr. Ebenezer Onyeagwu as the new Zenith Bank CEO, The appointment takes effect from June 1, 2019, and it is subject to the Central Bank of Nigeria (CBN) approval.

Onyeagwu will be replacing Peter Amangbo who took over the reins in June 2014 and ensured that Zenith Bank sustains its growth trajectory.

The bank gave the notice in a note sent to the Nigerian Stock Exchange on Monday.

Amangbo was appointed Zenith Bank MD/CEO effective June 1, 2014 to replace Godwin Emefiele who had been appointed CBN governor by then President Goodluck Jonathan.

“The appointment is consistent with the bank’s tradition and succession strategy of grooming leaders from within,” the bank said.

Before Onyeagwu‘s new appointment, he held the position of the bank’s deputy managing director since October 2016 and spent 17 years working with Zenith Bank, Mymediaafrica.com reports.

Onyeagwu is a graduate of accounting from Auchi Polytechnic. He began his career at the defunct Financial Merchant Bank in 1991 and later held several management positions in erstwhile Citizens International Bank Limited.

He joined Zenith Bank in 2002 as a senior manager in the Internal Control and Audit Group. By 2005, he had risen to assistant general manager.

Onyeagwu also has a postgraduate diploma in Financial Strategy, a certificate in Macroeconomics from the University of Oxford.