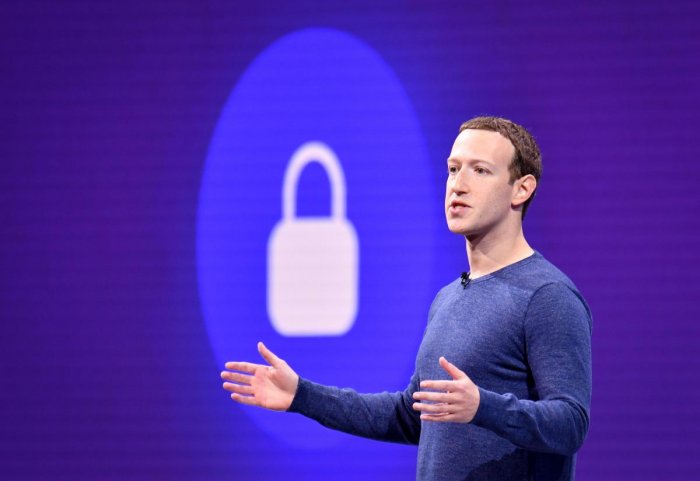 In effect, the Facebook co-founder and CEO promised to transform a service known for devouring the personal information shared by its users.

He said it will emphasise giving people more ways to communicate in truly private fashion, with their intimate thoughts and pictures shielded by encryption in ways that Facebook itself can’t read.

But Mr Zuckerberg didn’t suggest any changes to Facebook’s core newsfeed and groups-based service, or to Instagram’s social network, currently the fastest growing part of the company. Facebook pulls in gargantuan profits by selling ads targeted with the information it amasses on its users and others they know.
“It’s not that I think the more public tools will go away,” Mr Zuckerberg said in an interview Wednesday.
“All indications that Facebook and Instagram will continue growing and be increasingly important.”
In a long blog post on the changes, Mr Zuckerberg also said they would tackle an embarrassing problem for users — old photos popping up many years later.
He said the company believed it’s important to keep information around for shorter periods of time.
“People want to know that what they share won’t come back to hurt them later, and reducing the length of time their information is stored and accessible will help,” he wrote.
“As we build up large collections of messages and photos over time, they can become a liability as well as an asset.
“Many people who have been on Facebook for a long time have photos from when they were younger that could be embarrassing. But people also really love keeping a record of their lives.

Mr Zuckerberg said options could include messages being deleted after a month or a year by default, “reducing the risk of your messages resurfacing and embarrassing you later”.

“This does nothing to address the ad targeting and information collection about individuals,” said Jen King, director of consumer privacy at Stanford Law School’s Center for Internet and Society.
“It’s great for your relationship with other people. It doesn’t do anything for your relationship with Facebook itself.”
Facebook CEO Mark Zuckerberg has made plenty of promises in the past that didn’t turn out. Picture: Marcio Jose Sanchez